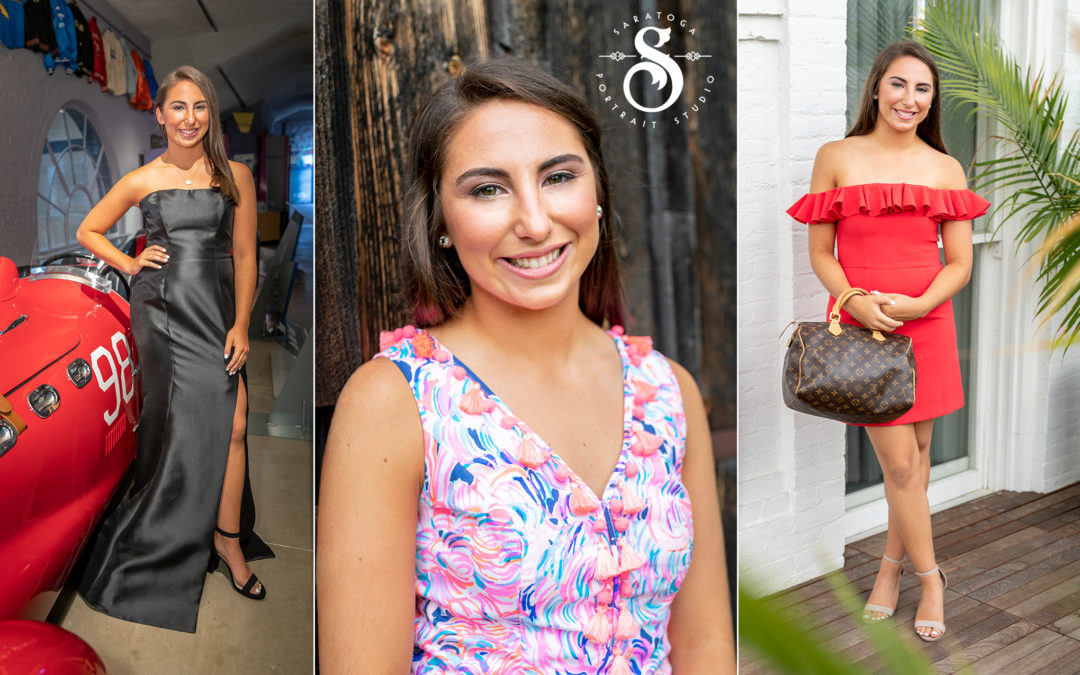 We loved our photoshoot with Lily for her Senior Photos! From the glitz of the Saratoga Automobile Museum, the beauty of the Saratoga Spa State Park to the glamorous The Adelphi Hotel, Saratoga Springs – we captured some amazing shots for this sweet & stylish senior!! Many thanks to Lola & Rockabella Boutique in downtown Saratoga Springs for the exquisite dresses and drool-worthy hand bags! We also extend the warmest thanks to the entire staff at the Saratoga Automobile Museum, the Adelphi Hotel as well as Helen Watson of the Adelphi, Linette Cerone Simone for Lily’s lovely Hair & Makeup, Megan Druckman of Lola and Christine Joan of Rockabella Boutique!

Here are some fun facts about the FABULOUS Lily…..

Lily LOVES to travel! She is truly an Urban Girl and cringes at nature! Lily loves to UBER around NYC and explore every facet of the city, but is afraid of crickets!

She has been dancing for Adirondack Repertory Theatre since age 3 and dancing en’ pointe is her favorite form of dance.

She is OBSESSED with cars and when traveling to Italy spent more time enjoying the Gucci and Ferrari museum’s than other historical sites.

For Senior Year, Lily was chosen to attend the New Visions Health Exploration Program. This is an academically rigorous one-year program for college-bound high school seniors who plan to major in pre-med or other allied health fields. Lily’s current goal is to be a Podiatrist. Years of dancing and traipsing around cities have made her have a strong appreciation for feet! Podiatry will be her main goal…. until she comes out of school as an accountant. She maintains a strong and determined look at her future!

The Saratoga Portrait Studio Team wishes Lily all the best in her senior year!